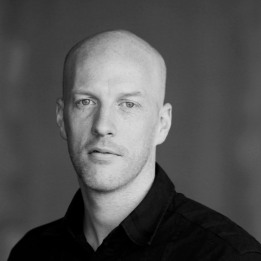 Having been through the startup process several times (DataMarket was my fourth as a founder), I have come to the conclusion that the most important part of starting a company is for the founder or founders to think about and agree upon why they want to build the company in the first place, and what they want to achieve. Interestingly enough, this is typically not a priority for founding teams. Working on “the what” – i.e. building the product, growing the team, funding the operations, figuring out how to make the business model work, etc. – is so challenging, time consuming and exciting that we never stop to think about “the why”. Why do we want to start a company? What is our motivation, our purpose and our end goal? But thinking about this in the beginning will help guide many important decisions further down the road.

Let’s imagine a few possible motivations one might have for doing their own startup:

There are surely other possible motivation, and most likely your motivations are a combination of more than one of those. But you should really think about what they are, because this will help guide you through some key decisions as you build your company. What follows is an attempt to illustrate that for a few key areas.

The most important part of any start-up – or any company for that matter – is the people. However, the composition, size and nature of your team may be guided by your core motivations. If your primary motivation is to become rich, you may want to have a smaller founding team. If your primary motivation is to have fun, you might focus on a different group of people, and if it’s autonomy you’re after you most likely want to make sure you are the one(s) in charge. It might also change how you want to compensate the team, who get’s in on a founding share, who gets stock options, how much you pay in salaries, bonuses, etc. It is even likely to guide how fast you want to grow the team, and how urgently you want to fill certain positions.

When it comes to the funding strategy, your core motivations have to be crystal clear. We’re so used to the startup stories that make the headlines that we tend to think about this almost as a single track: First you bootstrap and/or self fund, then you take in an angel investment, next a seed or Series A, then Series B, C, D, etc. until you IPO (or get acquired somewhere along the way). It is true that in most cases as soon as you take in external funding from a typical outside investor, this is the expected path. Money may already be one of your motivations, but rest assured that for outside investors it is almost guaranteed to be the primary – if not the only – reason they want to be involved.

There is nothing wrong with that. In most cases that is the reason for their existence as “investors” (otherwise they would be called something else, like “givers” or “splurgers”). But if you have other motivations too, you now have conflicting interests. When you take in an investment, money becomes the primary target, and you’ve started down the single-track path described above.

If your core motivations are any different, the honest thing to do is to either have an open discussion with your potential investors before they come on board or give in to the fact that money is now your primary game. Some – especially early stage – investors will in fact be open to a different or supplementary agenda. And all of them will appreciate your honesty. You will too, even if it ruins some of your funding opportunities. Also: You may have to compromise some of your motivations in order to achieve others. Many ideas are very hard to make a reality without serious funding, so even if your primary motivations are different, you’ll have to make the money part work out too.

There are other paths, less traveled in the tech startup world. In fact most businesses outside that world are started with much more modest plans and needs for funding, and yet they sometimes manage to make their founders well off, or flat out rich without ever taking in outside funding. This usually takes longer, and doesn’t get as big as a Silicon Valley-type startup, but can get quite big nevertheless.

And this is where your best interests and those of a typical VC investor may diverge significantly. Their business is about maximizing their potential upside even by taking excessive risk: Go big, or go home.

Modest success is not among their desired outcomes, but it may well be yours.

Are you prepared to see your baby go? On the typical start-up route there are only three possible outcomes: an acquisition, an IPO or – the most common one – a failure. In the case of an IPO or an acquisition you may still be in a position to control some things, but getting there will take years of good fortune and great execution. Well before the exit you are likely to hold a minority of the shares, often a smaller stake than one or more of your investors. You will be in control as long as everything is going relatively well, but if things go south – you’re no longer in a position to control the outcome. The same is true after an exit. In the case of an IPO you will now be subject to the forces of the markets, quarterly filings, growth and profit expectations and general emphasis on short-term results. Often at the cost of longer term goals. In the case of an acquisition, your level of control will depend on the motivations and goals of the acquirer, as well as the success executing on those plans after the acquisition.

But all of this may be fine. By this time, you may well have reached your goals. The product is out there, the money is in the bank, you managed to pull of something extremely hard that most that try fail at, and you may still be having a lot of fun and autonomy. In fact, even in the case of a “failure”, many of your motivations may have been met.

But if you didn’t think about your motivations beforehand, you may actually realize that you went down a path where your motivations or those of some of your team members weren’t fulfilled. That’s why spelling them out, discussing them and monitoring them on the way is so important.

Hjálmar Gíslason is the VP of Data at Qlik, and formerly founder and CEO of Datamarket (acquired by Qlik).